A big year for animals

Our year-end retrospective is always one of the most challenging (yet rewarding!) for us to put together. There’s just so much to include—all the animals you’ve helped us care for, humane legislation we’ve pushed ahead, companies we’ve helped guide toward more compassionate policies and more. We put your donations to work in so many ways that we couldn’t possibly fit them all on these pages. But each year we try to share the highlights, to illustrate just how far your support goes in the fight for all animals. You make these victories possible. We hope you stay with us so that next year, it’ll be even harder to narrow down our victories. Thank you for all you do to create a more humane society.

Fighting for all animals

Together with our affiliates, we provided direct care to more than 100,000 animals, including orphaned and injured wildlife, at our care centers.

We helped evacuate more than 1,000 adoptable animals from shelters in the path of Hurricane Florence and Hurricane Michael. After Florence, we  worked with local authorities and other groups to save more than 100 animals—including dogs, cats, goats and chickens—from the subsequent flooding in North Carolina and South Carolina. 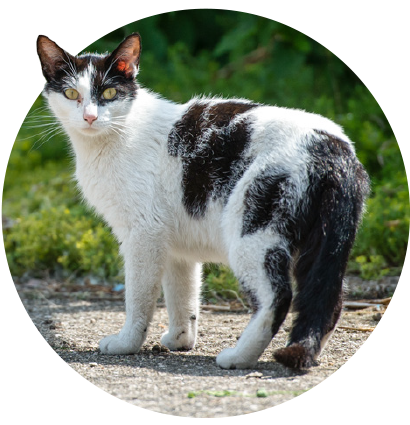 In July, we joined several other groups in launching a landmark three-year project to collect data about cats living outdoors in the Washington, DC area. The information will help develop practical management strategies to benefit both cats and wildlife in the city, and perhaps influence the course of humane cat management strategies across the country.
Bryan Mitchell
/
AP Images for The HSUS

To date, our Humane State Program has trained more than 10,000 law enforcement and shelter/rescue professionals, offering more than 50 training modules to help animals in Oklahoma, Kansas, Ohio and Puerto Rico.

After a volcano erupted in Guatemala in June, we joined Humane Society International and a team of veterinarians to provide food, water and medical care to nearly 2,700 animals in affected communities.

We joined with other groups and supporters like you to successfully oppose a USDA proposal to allow third-party inspections of licensed facilities, such as puppy mills and roadside zoos, which would have put the welfare of thousands of animals at risk.

HSI/India responded to the worst flooding in Kerala in 100 years by rescuing 200 animals from the rapidly rising waters, setting up a tip line and coordinating with other groups to help save hundreds more animals. The team provided food, veterinary supplies and other equipment to assist with care.

We helped pass the most far-reaching law for farm animals in the world, banning the sale in California of eggs, pork and veal from caged animals.

Through a partnership with Sodexo, one of the world’s largest food service companies, we’re training their chefs in plant-based cooking so they can roll out 300-plus plant-based recipes to use at locations nationwide, reducing the demand for
factory-farmed animal products.

With a coalition of 26 organizations, we provided spay/neuter surgeries and vaccinations to 15,572 animals and generated nearly $3 million in donations and supplies as part of the Spayathon for Puerto Rico initiative. The project aims to reach 30,000 animals on the island by May.

Working with GREY2K USA Worldwide, the Doris Day Animal League and others, we helped pass an amendment in Florida that will phase out commercial greyhound racing by 2020.

In a blow to the puppy mill industry, we helped Maryland become the second state after California to ban the sale of puppies in pet stores, and we defeated bad legislation in Florida and Georgia that would’ve forced local governments to allow pet stores to sell dogs from puppy mills. To date, more than 280 local governments across the country have enacted laws to stop pet stores from selling puppy mill dogs.

We worked with experts from the University of Florida Maddie’s Shelter Medicine Program to help shelters across Puerto Rico improve outcomes for their animals. Villa Michelle Albergue de Animales, the shelter that the team worked with most extensively, has more than doubled the lives it saves compared to 2017 and is using new strategies to reduce the number of animals surrendered.

We rescued nearly 100 dogs and cats from a cruelty case in Mississippi and transported them to our Shelter and Rescue Partners for adoption.

We teamed with Humane Society International to close down three dog meat farms in South Korea, rescuing 350 dogs and helping the farmers transition to humane livelihoods.

In Ohio, we secured legislation that abolishes some of the worst practices in puppy mills and overhauls the state’s commercial dog breeding regulations.

Mississippi toughened its penalties for dogfighting.

Connecticut, Kansas and Louisiana made it legal for people to free dogs trapped in hot cars.

Nara Kim of HSI kisses a puppy rescued from a dog meat farm in Namyangju, South Korea, in August. To date, HSI has closed 13 dog meat farms in its fight to end the cruel trade.
Jean Chung
/
For HSI

We helped pass our 150th local ordinance that bans or restricts the use of wild animals in traveling acts. 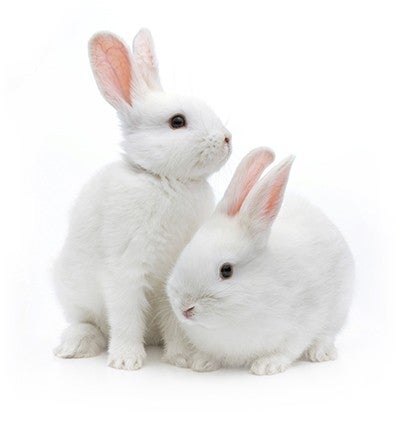 California became the first state to ban the sale of cosmetics that have been tested on animals, starting Jan. 1, 2020.
imageBROKER
/
Alamy Stock Photo

The multi-acre outdoor habitat opened at Project Chimps, an HSUS-supported sanctuary in Georgia where nearly 60 chimpanzees retired from research are enjoying sunshine on their faces and grass beneath their feet for the first time.

After we filed a legal petition in 2014, Hawaii this year moved to ban dangerous wild animals, including tigers, lions, bears, primates, elephants and crocodiles, from being brought into the state to perform in circuses, carnivals and other public exhibitions.

We helped pass a bill in Illinois that prohibits the trade in elephant ivory and rhino horn, and a similar bill in New Hampshire that bans the trade in wildlife products from elephants, rhinos and other imperiled species. To date, nine states have passed such laws.

In Liberia, we increased food and water delivery from once a day to twice a day for the 60-plus chimpanzees who were once used in invasive experiments, and we continue to work toward providing them with high-quality sanctuary care.

We won our lawsuit against the U.S Fish and Wildlife Service, restoring federal protections for grizzly bears in the Greater Yellowstone Ecosystem and halting plans for trophy hunts.

We defeated an attempt to open a hunting season for black bears in Connecticut and pressured New Jersey to prohibit hunting black bears. While the governor of New Jersey agreed to ban the hunting of these animals on state lands, we continue to fight for a full ban.

With our support, Massachusetts extended a seasonal ban on fishing gear near Cape Cod to help protect the critically endangered North Atlantic right whales who feed in the bay from fatal entanglements. 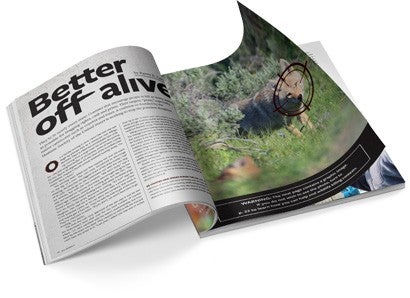 After our Sept/Oct cover story, we heard from advocates in 23 states who want to join this fight.

We defeated proposals in Indiana and Ohio to open up bobcat hunting and trapping seasons.

We helped rescue and rehome more than 1,000 turtles and tortoises, mostly gopher tortoises in Florida who otherwise would’ve been buried alive under new building developments. We also accepted 100 water turtles, box turtles and exotic turtles through a Montana partnership where we provide sanctuary to pet turtles to prevent owners from misguidedly releasing them in the wild.

Thanks to our Prairie Dog Coalition, hundreds more prairie dogs—including 359 we relocated out of two colonies in South Dakota—are no longer threatened by potential poisoning and other lethal control. We also protected more than 500 acres of active prairie dog habitat in Montana and Colorado from sylvatic plague.

With our support, Vermont became the second state after California to ban coyote killing contests. Our undercover investigations into killing contests in New York and New Jersey exposed the gruesome practice. (Learn more about these contests and how you can help ban them in your state.)

Horse slaughter plants in the United States will remain shuttered despite an attempt by some members of Congress to allow them to reopen. 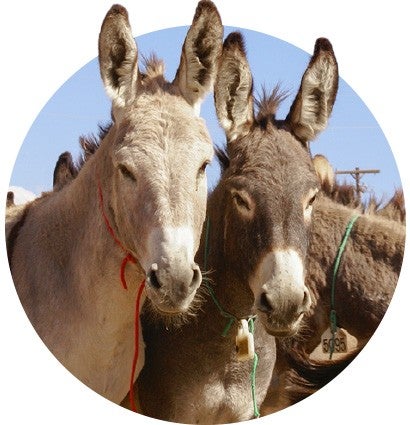 The HSUS Platero Project is continuing a fertility control research program for wild burros on federal land near Kingman, Arizona. It is the first-ever immunocontraception project for burros on public lands.
Ruthanne Johnson
/
The HSUS

More than 30 rescue groups joined our Forever Foundation/Plan 4 Progress program, which provides trainers and volunteers with a video-based learning program and hands-on training to help them efficiently work with their horses and find them homes.

We introduced a whole new audience to our fights against horse slaughter and soring at the World Equestrian Games in North Carolina, the biggest equine event in the country, gaining even more supporters for our work.

We helped more than 200 people from equine rescue groups across the country fine-tune their skills and adoption practices at our Homes for Horses Coalition conference.