EXCLUSIVE: No reason for wolf hunts 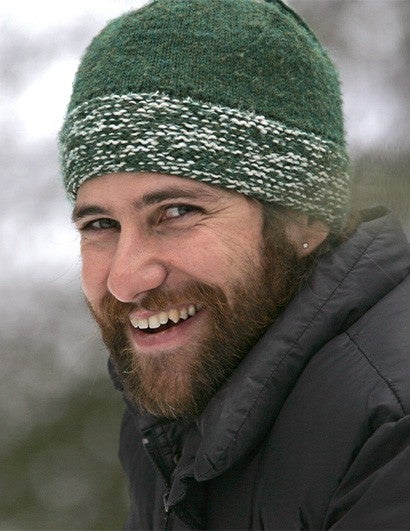 As states in the West and Midwest allow mass killing of gray wolves and the U.S. Fish and Wildlife Service studies whether to restore federal protections to wolves in the Northern Rockies, one of the country’s most respected wolf researchers has published a book he hopes will inspire people to value each member of the species.

A wolf “is a living creature, with a perspective, memories of yesterday, an interest in how tomorrow turns out, joys and fears of [their] own, and a story to be told,” writes Michigan Tech professor John Vucetich in Restoring the Balance: What Wolves Tell Us About Our Relationship with Nature. Yet in his home state of Michigan, there’s a push for renewed hunting, and in Idaho there’s a new law that could allow private contractors, hunters and trappers to kill up to 90% of the state’s wolves.

In this edited interview with senior writer Karen E. Lange, Vucetich explains why honest discussions of values may be the key to saving the species.

Is there a particular wolf whose story sticks with you after 25 years of research?

When you first meet a wolf, they look like all the other wolves. They might even not have a number or a name. Eventually, if you learn enough about them, you find that you have to give them a name.

[I remember] Romeo. His story—he ripped it off from Shakespeare. Romeo was dispersing from his pack. Dispersing wolves are a little bit like young adults—they leave home, but then they come back. He had a love interest who belonged to another pack. And the two packs were rivals.

Is there ever justification for killing a wolf?

You shouldn’t kill a wolf unless there’s a good reason. Full stop. If a wolf was immediately threatening the safety of a human, that would be a good reason. Is it OK to have a recreational hunt? I don’t see a good reason. The burden is on the person who wants to kill the wolf. I have not in the last 25 years heard a good reason.

What about the rare cases where a wolf is killing farm animals?

I don’t see how killing [the] wolf rises right to the top of the tools we have. There’s a variety of nonlethal techniques, everything from fladry [flagging that scares wolves], to cracker shells [projectiles that create a loud ban and flash], to translocating wolves. The other thing is to just pay the owner for the loss.

You have argued for including values and ethics, as well as science, in wildlife management policies. Why?

Conservation and wildlife management are essentially decisions about how we ought to treat others—other humans and other wildlife. When making decisions about how to treat others, we are working in the realm of ethics. Wildlife management is applied ethics. Facts never tell us what to do. Only when they’re joined with values do they tell us what to do.

In Idaho, [state legislators] basically said, “We hate wolves and we want to get rid of as many as the federal government will allow us to.” It wasn’t the facts that drove the hunt; it was the values. In Michigan, state leaders didn’t believe they could get away with being so honest. [They] said, “We want to have a hunt so that we can protect livestock.” That was a phony reason.

We live in a world that’s too deeply polarized now. We have neighbors we won’t talk to because they voted for someone different. It’s become increasingly difficult to have conversations about what—in many cases—should be matters of simple fact. I think we’d handle our facts better if we were better at talking about our values. When we make any kind of decision, whose well-being is at stake? Are we exercising proper compassion for that creature, whether they be a human or an animal?

Do you think when scientists talk about values they lose their credibility?

Advocacy is the responsibility of every citizen—to stand up for what you believe in. If you’re a scientist, you don’t trade your citizenship for your science. A scientist has a special responsibility for how they conduct their advocacy, not whether. Scientists have a special obligation to use the facts right. And a special obligation to distinguish when you’re talking about science and when you’re talking about values.

Is the Endangered Species Act enough to protect wolves?

The ESA sets a pretty high bar for what counts as a recovered species and wolves don’t match that. [But] the Fish and Wildlife Service sometimes seems to have a vision of the ESA that is not aligned with the law. The Fish and Wildlife Service plainly has fallen short in its application of the ESA when it comes to wolves. So, what this means is we’re [left] at the state level. The fate of wolves at this time rests with several state governments.

Who should have a seat at the table, deciding how wolves are managed?

It’s important for governments to know what hyper-engaged citizens think. But it’s also important for government to hear the views of a more representative set of citizens who have genuinely deliberated over the issues. I would institute deliberative democracy. If you could [recruit] 100 to 200 randomly selected people, their values are going to run the gamut. Now, all you need is to get those people educated about the facts. They don’t have opinions about wolves, so their minds are a bit open. Not all hunters think it’s fine to hunt wolves. And not many hunters think it’s fine to hunt wolves in the way that Wisconsin and Idaho have gone about it.

Why are we seeing so many states now allowing hunts and other types of killing?

When the federal government defaulted on their responsibility to uphold the Endangered Species Act, state governments became enabled to overhunt wolves. States are zealous about their ability to manage their wildlife. [State wildlife agencies] take hunters to be their clients. A large share [of their budgets] are funded by licensing.

Wolves are going to continue to suffer until we live in a society that says, “We share the planet with many wild beings, and they count too.”