You can’t blame Eddie Garza for wondering how he got here. The plant-based chef, a food and nutrition manager for the Humane Society of the United States, is an animal welfare superstar with a focus on reaching Latino communities. He’s been featured in media outlets throughout the U.S. and abroad, including People magazine and The Washington Post as well as TV Azteca in Mexico and Canal Nuestra Tele in Colombia. He’s the author of two vegan cookbooks and hosts a cooking show, Global Bites with Eddie Garza, on the Oztube streaming platform. 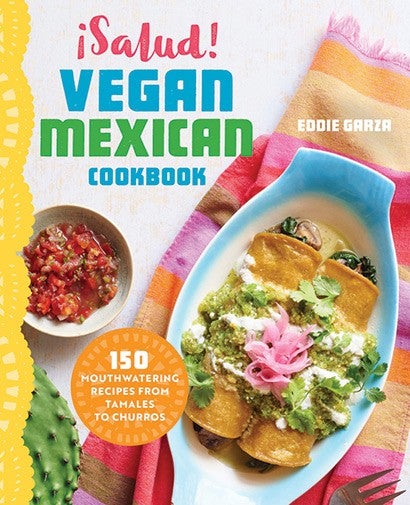 See the end of this story for Eddie Garza's recipe for spinach and mushroom green enchiladas (pictured here on his cookbook cover).

“I’m not aware of anybody who individually has brought more media attention on plant-based eating in the Latino media market than Eddie,” says Josh Balk, vice president for Farm Animal Protection at the HSUS. Garza’s impact is particularly phenomenal because “he didn’t come out of this celebrity world,” Balk says. “Eddie just worked from the ground up and became this star.”

In July, Garza did a cooking demonstration (for spinach and mushroom green enchiladas) at the virtual annual conference of UnidosUS, the nation’s largest Latino civil rights organization. His warmup act (or at least the speaker who came before him) was none other than the current U.S. president.

Garza recalls thinking, “How is it possible that I spoke at the same conference as President Joe Biden, and right after him?”

Growing up near the Mexican border in Brownsville, Texas, Garza never imagined becoming a celebrity ambassador for healthier eating. But switching to a plant-based diet helped save his life.

On a health coach’s recommendation, he adopted a plant-based diet, which helped him shed pounds and led him to investigate meat reduction’s environmental benefits and the mistreatment of animals on factory farms. Images of chickens raised for meat, bred to be so plump they often experience leg injuries, “hit me like butterflies in my stomach,” he says. “I was such an obese adult that I used to sprain my ankles just walking down the sidewalk.”

I collaborate with people who have big platforms and get them to use their platforms to help spread the message. 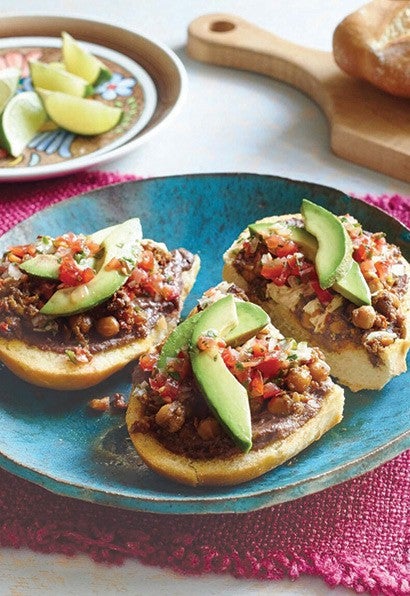 After college, Garza taught music in a Dallas public school district but felt the pull of animal welfare work. A stint working at Spiral Diner & Bakery, a vegan restaurant in Dallas, furthered his interest in factory farming issues, and eventually he decided to get directly involved in animal activism.

After managing campaigns for animal advocacy nonprofit Mercy for Animals, Garza joined the HSUS about eight years ago, initially focusing on increasing plant-based meal options at schools, hospitals and other institutions. His success helping a South Texas school district drastically improve its nutrition program led to local TV appearances in both English and Spanish. A new career beckoned.

“I started being called to different stations, largely in Florida, to do cooking demonstrations to help the Latino community learn how to eat healthier and learn about humane issues in general,” Garza says. The focus of his HSUS work shifted to mass public outreach through major media outlets.

Garza moved from Texas to Miami and became the go-to plant-based spokesman for the national and international TV news outlets based there. “I was doing regular segments on shows that garnered upward of 4 million viewers a day,” he says. “That turned into a whole other world of advocacy opportunities.”

His outreach philosophy is to use as many channels as possible and “reach everybody in a way that is approachable and understandable to them.” His audiences recognize that overconsumption of meat can cause health problems such as heart disease and diabetes, Garza says, and they’re open to animal-friendly alternatives.

He had a regular spot on a national TV show in Venezuela, for example, talking about the health benefits of legumes. Garza soon saw an “exploding” number of the country’s social media influencers promoting such dietary choices. And he believes that the rave reviews he got for his meat-free bandeja paisa, the national dish of Colombia—which typically contains egg, sausage, ground beef and pork—contributed to that country’s now-bustling plant-based food scene.

“I collaborate with people who have big platforms and get them to use their platforms to help spread the message, because it can’t be just me,” Garza says. “It’s got to be me and a team of other people.”

The enchilada is an ancient dish that has gone through many changes since its pre-Hispanic origins. The now vastly transformed enchilada is a popular comfort food enjoyed throughout the world. One key difference is the amount of salsa we use. In ancient times, filled tortilla flutes were dipped in chile sauce; now they’re drenched in sauce. (I say that’s a good thing!) This modern take on the Aztec classic, featuring Roasted Tomatillo Salsa, fresh spinach, white button mushrooms, and Cashew Crema Mexicana, is the perfect addition to any springtime party. In the cooler seasons, I like to use my Classic Red Enchilada Sauce with this spinach and mushroom combo.

TO MAKE THE FILLING

TO MAKE THE ENCHILADAS