Going to the dark side

On summer evenings, my husband and I head to the darkest spot of our property to look for the light—in the form of fireflies rising from meadow grasses and twinkling their way into the trees.

As the tulip poplars behind this spectacular display settle in for slumber, white yucca flowers open their petals, beckoning tiny moths. Yellow common evening primroses say hello to the moon, exposing ultraviolet patterns that guide pollinators to their nectar. Bats swoop in to sample the menu while owls hoot and cackle across the canopy.

The vibrant nightlife is a treat we look forward to all year. It might also become increasingly rare in a world where artificial lights shine brighter, longer and more ubiquitously. As scientists explore links between the quest for eternal sunshine and human health hazards, from sleep disorders to cancer, they’re also naming light pollution as a significant but largely hidden contributor to habitat loss. Mounting evidence points to “pervasive, long-term stress on ecosystems,” the journal Nature reported in January, “from coasts to farmland to urban waterways.”

The volume of research spans the natural world, chronicling disruption in life cycles of animals, plants and other organisms. Most well-known among the casualties are baby turtles, who head for illuminated hotels instead of the moonlit sea, and migrating birds thrown off course by spotlights shining into the sky. But artificial lighting also causes salamanders to sleep later, songbirds to sing earlier, moths to stop mating, bats to avoid drinking, plants to reduce flowering, trees to hold onto their leaves and even zooplankton to cease rising to lake surfaces to eat algae.

The cumulative effects are far-reaching, negatively influencing everything from reproduction to predator/prey relationships. And though it may at first seem surprising that even trees need to catch some Zs, darkness is part of most species’ survival. Aside from those who dwell deep in oceans, soil or caves, “every creature on this planet has evolved in bright days and dark nights,” writes Paul Bogard in The End of Night. “None has had the evolutionary time to adapt to the blitzkrieg of artificial light.”

Compounding the problem is a rebound effect of cheaper lighting. Hailed as eco-friendly because of their energy efficiency, LEDs cost so much less than previous technologies that artificially lit outdoor areas have actually expanded, at a rate of 2.2% annually worldwide. Many new fixtures incorporate large amounts of the blue light that’s particularly disruptive to circadian rhythms, spelling even more trouble for the 30% of vertebrates and 60% of invertebrates who are nocturnal.

If there’s any hope, it’s that light pollution is reversible with the flick of many switches. In that respect, “it’s not like climate change or toxins in the environment,” says Bogard. “It’s serious, and it’s a big problem, but it’s one we could solve.” 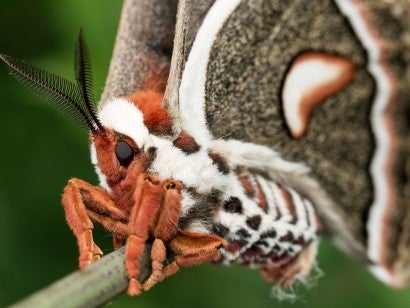 Though commercial and public properties are the biggest light polluters, the estimated 1 billion light fixtures surrounding U.S. homes are significant contributors. A few practical steps can bring back the night to our garden habitats.

Though shielded lights mitigate astronomical light pollution, their downcast glow still affects life below. A recent Illinois study found that high-pressure sodium lighting from nearby roadways delayed maturation of soybean plants, while a Swiss study showed that LED street lamps reduced insect visits by 62%, resulting in lower fruit production. Diminish such effects by turning off outdoor lights when not in use.

Glare can limit night vision and obscure visibility. Motion-detecting lighting is safer, says Pete Strasser of the International Dark-Sky Association, brightening your own path when needed and warning trespassers. 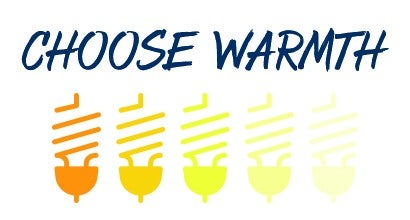 In a home setting, warm LEDs may attract fewer insects than cooler bulbs.

Not all organisms react the same way to the same spectrum. After a specially developed light kept migrating songbirds from landing on North Sea oil platforms, it was tried in Hawaii to help threatened seabirds confused by brightly lit resorts, says Strasser: “And they were attracted to it. So there’s no single wildlife-friendly spectrum. It can be all over the map.” In a home setting, try warm LEDs; they may attract fewer insects than other lighting.

Close your curtains; open your mind

Turn off interior lights when not in use and close blinds at twilight. But don’t shut out the world entirely. Step outside to greet the night, and you just might find some magic. Last summer, on a seaside walk in nearby Delaware, blue-green stars sparkled at our feet—the bioluminescent dinoflagellates that tourists travel long distances to see. By adjusting our eyes, our mindsets and, most of all, our lighting, we can observe such wonders all around us, often in our own backyard.