A champion for animals

Kitty Block becomes the new CEO and president of the HSUS
BY Karen E. Lange
Share

The night before Kitty Block’s second grade class visited the circus, she was so excited she hardly slept. But the next day, when she saw the elephants perform, the thrill left her. Even at age 7, she knew something was wrong. “I realized there are things people accept that aren’t right.” 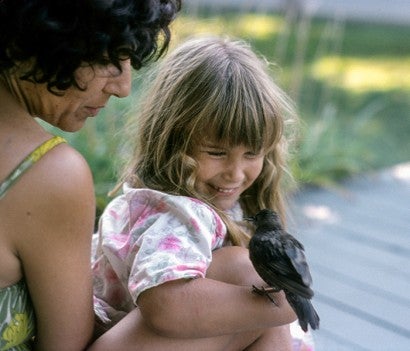 As a child, Kitty Block helped her mother rescue and care for a number of pets and other animals in need.
Photo courtesy of Kitty Block.

Block’s mother was an animal activist. Growing up, Block went to anti-fur protests and learned how to call Congress. Soon after law school, in 1992, Block started at the Humane Society of the United States in the investigations department, accepting a smaller salary than most young attorneys so she could fight for animals. She focused on global issues such as dogfighting and horse slaughter, where increased protections in the U.S. were not enough because the cruelty just moved across borders. She never imagined that one day, in January of 2019, she would be named CEO and president, the first woman ever to lead the organization.

As an investigator, Block helped expose the cruelty of horse slaughter and the killing of dogs and cats in China for their fur. Her work helped bring about an end to horse slaughter for human consumption in the U.S. and a stop to imports of dog and cat fur into the U.S. and the European Union.

In the late 1990s, Block began years of unyielding international work to protect wildlife, advocating for animals at the Convention on the International Trade in Endangered Species and the International Whaling Commission. She led efforts to protect dolphins from being accidentally caught in nets; the work eventually resulted in dolphin-safe tuna legislation. She rose through the ranks in what would become Humane Society International, helping the organization develop a broad range of campaigns and expand into more than 50 countries.

“She’s one of the smartest people I’ve ever met, also one of the most humble,” says Sue Fisher, an Animal Welfare Institute consultant. Fisher remembers Block carrying food to street cats outside their hotel in Japan while the two were up all night churning out legal and scientific analyses, drafting a counterargument to yet another proposal to resume commercial whaling. “Her modesty is ridiculous. She would never push herself to the front of a meeting, but Kitty would be there with the right thing to say.”

Block stands behind those she manages, says Kelly O’Meara, who leads HSI’s work on the dog meat trade. “Kitty’s a force, but she offers autonomy. She believes in us and our expertise.”

In early 2018, four months after being named HSI president, Block was walking through an airport when she got the call. The HSUS CEO and president was leaving. Would she take over in an acting role?

“I walked past my gate, I said, ‘Dear God,’ but I didn’t feel there was really a choice—this is my family, too,” says Block, who has a husband, a daughter in high school, a rescued dog and two rescued cats. “I wasn’t going to not step up when they needed me most.”

Block led the HSUS and HSI into a year of tremendous victories: Canada banned the hunting of grizzly bears in British Columbia and a U.S. judge blocked the delisting of the Greater Yellowstone grizzlies from the protection of the Endangered Species Act; California passed a measure that freed farm animals from confinement in cages and Florida passed a measure to end greyhound racing; two Mexican states passed strong dogfighting legislation; the Indonesian government pledged to ban the country’s dog and cat meat trade; Unilever, the world’s second largest cosmetics company, announced its support for a global ban on animal testing for cosmetics; the World Trade Organization ruled to protect dolphins from fishing fleets; and at the annual meeting of the IWC, as Japan once more threatened to resume commercial whaling, a majority of countries again upheld the global moratorium. And those were just a few of the wins.

As 2019 began, Block shared the news of her mother’s passing in her blog, paying tribute to the woman who started her on her path as an advocate, who affixed pins carrying animal protection slogans to clothes she sent her in college and who gave up her home so HSUS staff members and volunteers had a place to stay in Boston as they worked to pass a ban on leghold traps. “We’re all part of something much larger than ourselves,” Block wrote.

In late January, the HSUS board of directors gathered for a meeting in D.C. Block got a call to join them after the executive session. She didn’t think much of it—a decision on who would permanently head the HSUS wasn’t expected for another month. But when Block entered the room, the board stood up and applauded: They knew she was the right one for the job.

Since childhood, Block has fought for animals. She has stepped up and held on.

“Protecting animals and changing society is never a quick win,” she says. “It’s about being focused on the mission, on the right issues, in the right places. The best way to lead is to empower.”