Lucy and Ricky came to live with us when I was 9, maybe 10 years old. They were beautiful hamsters, with soft, tufty auburn fur, and they’d been surrendered by their previous owner at a pet store. My soft-hearted dad couldn’t resist the pair. We knew they couldn’t remain together, so we placed them in separate cages as soon as they came home.

But the damage had been, ahem, done, and soon my siblings and I discovered a litter of hairless pink pups in Lucy’s cage. We were very excited, up until the moment we peered in the cage to discover that Lucy had bitten off all their heads. More than 20 years later, the memory still haunts me.

Lucy and Ricky weren’t the first hamsters to live with us and they weren’t the last. There was Cinnamon, a sweet blond hammy who was my first pet, and Tradley, a Chinese dwarf hamster beloved (and named) by my younger sister. More came later. None had particularly long lives, but they didn’t have short ones (by hammy measures) either, and all were afforded a proper backyard burial when their time was up. We played with them frequently, changed the shavings in their cages not quite so frequently and were generally sufficient caretakers of the small, social creatures who shared our home.

I don’t think my parents considered the hamsters to be “starter” pets, exactly. They certainly weren’t using them as a lesson in caretaking before we graduated to a dog. But some people might consider hamsters and their ilk as starter pets, tools to teach their children—many of whom have begged for a furry friend—responsibility.

The thinking goes something like this: Before you bring home a “real” pet, one who needs walks and litter box scoopings and playtime, try your hand with a “lesser” animal. It’s a mindset that does a deep disservice to these animals, all of whom deserve lives rich with (species-appropriate!) interaction. 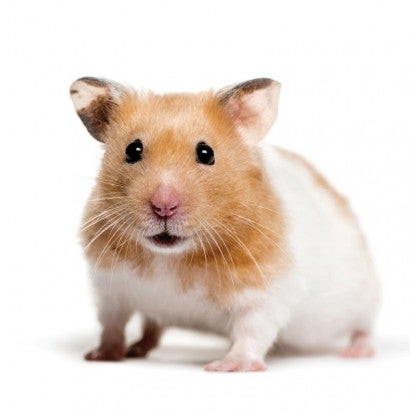 Hamsters can make wonderful pets, but they require a gentle touch and could be easily startled by sudden movement or loud noises.
GlobalP
/
istock.com

It’s not that parents should never adopt small animals for small kids, says Dr. Melissa Shapiro, Connecticut state representative for the Humane Society Veterinary Medical Association. “When treated with loving care, many guinea pigs, rats, hamsters and mice can be some of the most adorable, sweet, connected animals you can find,” she says. Children can form deep bonds with small pets, and those connections can help kids develop respect and appreciation for all animals. But parents should have realistic expectations about what their kids can handle and how they will interact with small, wriggly, easily startled creatures.

Plus, parents often end up handling the pet care after children realize cleaning a cage isn’t quite the thrill they’d expected. Be realistic about your children’s temperaments, says Shapiro. “Are they going to sit on the couch with the guinea pig in their lap—because guinea pigs like to do that—and be quiet and hold them carefully?” Will they commit to daily feedings? Or are they likely to lose interest—and if so, are you prepared to take over?

Even animal lovers won’t necessarily stay in it for the long haul. Years ago, Shapiro became the de facto caretaker of her daughter’s adopted hamster, Squishy, when Squishy’s nocturnal noises became disruptive. Squishy moved into Shapiro’s office, where her rescued bird lived. Shapiro played with them every night, letting them feast on sunflower seeds together.

But not all small animals are so lucky. “A lot of them are very, very interactive, very affectionate,” says Shapiro, yet many spend their lives in cages, without interaction and stimulation, after the kids lose interest.

And then there’s what happened with Lucy. Rodents can make great pets, but some individuals are just cannibalistic, says Shapiro, who had a similar experience as a child: She had two gerbils, and one day she checked their cage to discover one had killed and eaten the other. In Lucy’s case, it’s possible she didn’t think she had enough food or space for her babies. As Lucy’s human guardians, maybe we didn’t do enough to make her feel as though the cage was a safe place to raise her young.

I loved my hamsters and recall plenty of happy moments with them, but the memory of those teensy headless babies is one of the more visceral ones from my childhood. I suspect I’m not alone. I think many of us have similarly sad stories about our first pets, the starters-but-not-starters, and secret shames about the ways their lives ended—or were spent. But when you learn better, you do better—and every pet who comes into my life now gets nothing but the best, regardless of size or species.

Heart set on a small pet?

Consider these tips before bringing a small animal home.

BE SURE TO ADOPT. Find your new companion at a local shelter, small animal rescue or a pet store that promotes adoptions from local animal welfare groups. Rodents sold at pet stores “come from horrible places that probably rival the worst of the worst puppy mills,” says Dr. Melissa Shapiro. “They’re not treated with any kind of respect.”

DO YOUR HOMEWORK. Research different species to figure out which one will fit your lifestyle—and be sure to avoid animals harmed by the exotic wildlife trade, such as sugar gliders and hedgehogs. Consider a hamster if you’re worried about cleaning cages; they’re desert animals and don’t urinate as frequently as other small animals, Shapiro says. If you want a smart, affectionate, playful little friend, consider a rat. If you have kids, Shapiro suggests including them in the planning by having them research the species they want—and maybe even writing up a report on how they’ll care for their prospective new pal. Once you’ve committed, shelters and rescues can often help match you with a specific critter whose temperament and preferences will best fit your family.

MAKE A PLAN. No, small animals don’t need thrice-daily walks, but “they still have to have food and water every day. They still have to have interaction. And when you go away on a trip, somebody has to care for that animal,” says Shapiro. Make sure you’re prepared for all aspects of your new pet’s care, including supervising any jobs you delegate to your children.