The facts about dogfighting

Dogfighting is where dogs who have been bred, conditioned and trained to fight are placed in a pit to fight each other for spectator entertainment and profit. Fights average one to two hours, ending when one of the dogs cannot continue.

What can I do to help stop dogfights?

Learn how to spot the signs of dogfighting. If you suspect an operation in your area, alert your local law enforcement agency and urge officials to contact the HSUS for practical tools, advice and assistance. If you live in one of the states where being a spectator at a dogfight is still a misdemeanor, please write to your state legislators and urge them to make it a felony.

The injuries inflicted and sustained by dog fights are severe and often fatal. The dogs used in the majority of these fights have been specifically bred and trained for fighting—an upbringing that relies on abuse and mistreatment from puppyhood.

Typical injuries of fighting dogs include severe bruising, deep puncture wounds and broken bones. Dogs used in these events often die of blood loss, shock, dehydration, exhaustion or infection hours or even days after the fight. Otherwise healthy dogs who are born "cold" or won't fight are often used to sic other dogs on as training.

In describing the details of one particular dogfight, a convicted dogfighter wrote, "Miss Rufus spent most of the rest of the fight on her back and Bandit broke her other front leg high up in the shoulder, as well as one of her back legs, in the knee joint. The only leg she didn’t break, she chewed all to hell. She had literally scalped Miss Rufus, tearing a big chunk of skin off the top of her head alongside one ear."

Over the years, law enforcement raids have unearthed many disturbing facets of this illegal practice. Young children are often present at these events, which promotes insensitivity to animal suffering, enthusiasm for violence and disrespect for the law. Illegal gambling is commonplace at dogfights, with wagers of thousands of dollars at stake. This profitability makes dog fighting commonplace in organized crime settings as well as the streets.

The sale and use of illegal drugs is common at dogfights as well, and firearms and other weapons have been found at these events due to the large amounts of cash present. Fighting dogs has also been connected to other kinds of violence—even homicide.

There are several compelling reasons for this. Because fighting dogs yield such large profits, the penalties associated with misdemeanor convictions are much too weak to act as a sufficient deterrent and are simply seen as the cost of doing business.

Fighting dogs should be punished by more than a slap on the wrist—it’s not a spur-of-the-moment act; it is an organized and cruel practice. Those involved in these operations go to extensive lengths to avoid detection by law enforcement, so investigations can be difficult, dangerous and expensive. Making dogfighting a felony means law enforcement officials are able to put in the effort needed to properly investigate.

The Humane Society of the United States supports felony charges for spectators of dogfights. Spectators provide much of the profit associated with fighting dogs and, with it, the motivation to continue the cruel practice.

Because dogfights aren’t widely publicized, spectators do not merely happen upon a fight, they seek it out. They are willing participants who support criminal activity through their paid admission and attendance. Thankfully, many states have realized that felony charges for spectators can help crack down on animal fighting, but more legislation is still needed. 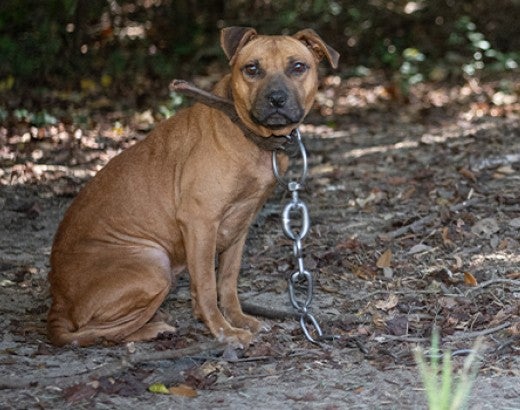 Meredith Lee
/
The HSUS
275 dogs rescued from what might be largest alleged dogfighting operation in S.C. history
"A Humane World" blog 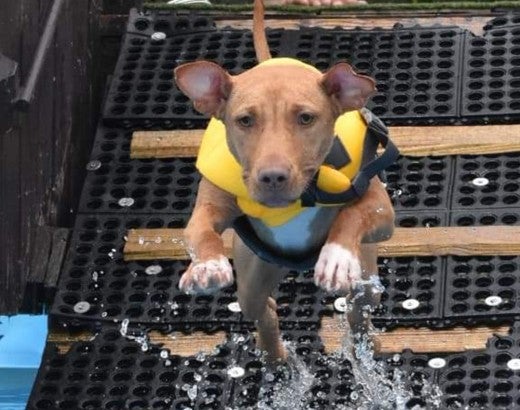 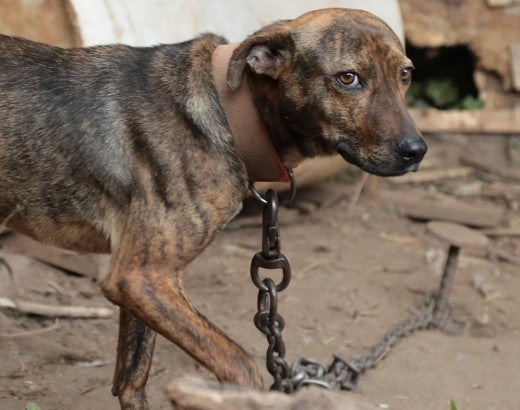