In New Mexico, man-made noise has been linked to reduced egg-hatching in western bluebirds. With a few simple modifications, you can keep things quiet in your own yard.
Rebecca Hallenbeck
/
The HSUS

Sitting on her porch in the desert one afternoon while recovering from surgery, Christine Hass closed her eyes. The operation to fix her detached retina had been difficult, and she sought respite from the lingering pain.

“Suddenly I could hear all the birds singing. It was March—the migrants were just showing up in southern Arizona,” she recalls. “And it was really ear-opening.”

As an ecologist at a wildlife sanctuary, Hass was no stranger to natural sounds. She’d even studied vocal communication among white-nosed coatis. But much of her work was visual, relying on binoculars and spotting scopes. And though the grassland sparrows serenading her weren’t rare, “I’d never really stopped to listen,” she says. “Maybe it was because my head hurt so bad from the surgery, but it was the sweetest thing I’d ever heard.”

It was also life-changing, setting Hass on a path toward soundscape ecology, a growing area of scientific inquiry that examines interactions of wild voices and other sounds throughout ecosystems. In nature’s orchestra, animals occupy what soundscape pioneer Bernie Krause calls “acoustic niches,” vocalizing at different times and frequencies so all can be heard. Sound influences everything from reproduction to foraging, and scientists have even found talented bilinguists—like the nuthatches who listen in on chickadee alarm calls to assess threats from nearby owls and the squirrels who eavesdrop on blue jays to evaluate the safety of nut-caching sites.

If we could see noise, it would be McDonald’s wrappers thrown out of the car all the way down the highway.

Such discoveries are emerging at a time when heightened human activity is quickly degrading these underappreciated aspects of ecosystems. About every 30 years, our collective cacophony doubles, outpacing population growth, writes Florence Williams in The Nature Fix. Mitigating noise is critical to conservation efforts, yet it often takes a back seat to other issues, largely because we’ve forgotten how to listen. “If we could see noise, it would be McDonald’s wrappers thrown out of the car all the way down the highway,” says Les Blomberg, founder of the nonprofit Noise Pollution Clearinghouse. 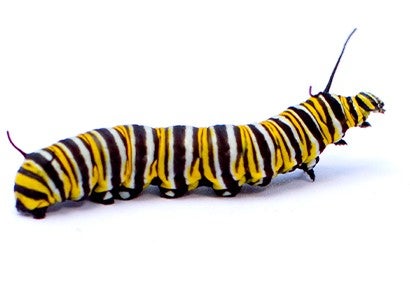 Even a 5-decibel increase above natural sound levels vastly reduces distances from which animals hear predators, and lawn mowers and traffic noise can far exceed that range. Mating calls are also harder to discern; gray tree frog females take longer to locate males above the din of vehicles, if they find them at all. And though some animals adapt by changing pitch and timing, those changes aren’t necessarily helpful. When Australian researchers found that adjusting to higher frequencies helps some frogs be heard, they posed an important question for future study: Will females of species attracted to lower pitches still find them sexy?

Effects on animals in our home landscapes remain unexplored, but noise “may well be the most pervasive pollutant in America,” writes Williams. Few people consider what they can’t see, though. “We’ll often put up fences to create a visual barrier between us and our neighbors,” says Hass, “but we don’t think about the impact noise is having on our human neighbors, much less our wild neighbors.” Luckily, there are a few things you can do to turn down the volume for all neighbors. 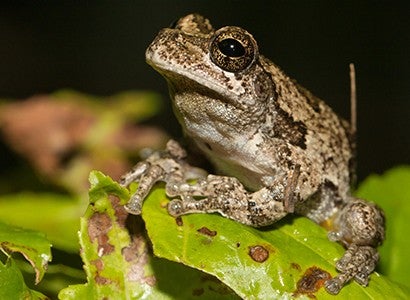 Even a 5-decibel increase above natural sound levels reduces distances from which animals hear predators. Yet traffic noise, passing planes and lawn mowers can far exceed that range, and a new study suggests that traffic noise can even stress out monarch butterfly caterpillars.

What you can do

To turn down the volume in your own yard, try these tips.

Trade gas mowers for quieter electric ones—or replace lawn areas with native plants that don’t need mowing. If you use power tools, do so in the garage rather than on your deck or driveway. And ditch leaf blowers in favor of using leaves as natural mulch that will enrich soil and enhance habitat.

Rather than assuming the worst of neighbors wielding loud machines, talk with others in your community about the impacts of noise pollution on human and animal health. Check out quietcommunities.org and nonoise.org to find resources and ideas for spreading the word.

Don’t remove trees and shrubs; existing vegetation and the soft ground underneath can help absorb sound. If you have a large yard or community space, plant trees and shrubs in a 200-foot-wide buffer to mitigate noise; the vegetation will also provide habitat.

Listen to the landscape

Step outside an hour before first light, and close your eyes. Who do you hear? “As things pick up, other birds will come in,” says Hass, who now lives in Nevada and provides listening tips at wildmountainechoes.com. The dawn chorus finishes and ends with different species, she adds: “They actually have their own time period, in addition to their own frequencies and tempos.” By tuning in, you can change your own pitch and timing, too, to lessen your impact on these dynamic natural symphonies.