Neighborhood watch: How trap-neuter-return can help community cats near you

Feline advocacy often begins in your own backyard. Here's how to get started.
BY Julie Falconer
Share

Loree O’Hagan’s new home in Great Cacapon, West Virginia, came with four bedrooms, a wrap-around deck, a view of the mountains—and a family of feral cats.

That last detail wasn’t mentioned in the seller’s disclosure report, but O’Hagan and her husband got an inkling on moving day, when they spotted a scruffy orange-and-white tom slinking around the property.

“I knew immediately that I wanted to get him fixed,” O’Hagan says. “He just looked really beat up, and I knew enough to know that intact males would roam around and get in fights.”

O’Hagan soon learned the cat she’d begun calling Floyd wasn’t the only one who needed fixing: There was also a mom cat and two kittens. Her home’s former owner had been caring for the group, and another neighbor had since taken over the feeding.

I knew immediately that I wanted to get him fixed. He just looked really beat up, and I knew enough to know that intact males would roam around and get in fights.

Years before, when she lived in the Metro D.C. area, O’Hagan met a woman who volunteered with a local trap-neuter-return program. She’d considered volunteering herself, but “it seemed too overwhelming,” she says. “Then we bought this house and it came with these cats and I had to face it and do something.” 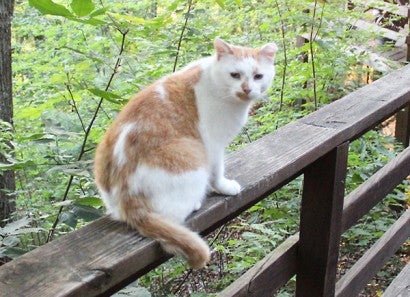 At her first homeowner association meeting, O’Hagan cautiously broached the topic of TNR, explaining how free-roaming unowned cats are humanely trapped, transported to a veterinarian for sterilization and vaccinations, and returned to their territories, where their numbers will naturally dwindle over time.

“I wanted to make sure no one was going to have a problem with this,” she says. As a newcomer, she worried that others might see her as “coming in and forcing my views.”

But no one objected. Her new neighbors were surprised—they’d never considered getting the cats vetted—but once she explained the benefits to the cats and the community, many were very happy about it. “My closest neighbor is an animal lover but was never exposed to these ideas before,” O’Hagan says.

An army of accidental cat advocates

Across the country, people from all walks of life give their time and energy to improve the lives of free-roaming unowned cats (commonly referred to as “community cats”).

Many had no experience with TNR before getting started. Like O’Hagan, they didn’t go looking for a cause, the cause came to them—often landing in their own backyards.

That’s the power of TNR: It provides a model through which people can make a positive impact on the cats they encounter in their day-to-day lives. Spurred to tackle a local problem, this volunteer workforce is improving the lives of community cats and reducing their overall numbers, says Danielle Bays, HSUS community cats program manager.

Bays became involved in TNR just over a decade ago after she bought a house in Washington, D.C., and met an elderly neighbor who had been feeding cats for decades. “I started trapping those cats, and the next thing I knew, I was running a TNR program for D.C.,” Bays says.

What kept her hooked was the way that TNR enabled her to have an immediate impact. The cats became visibly healthier, and there were no more litters of sickly kittens dying in backyards or being delivered to overwhelmed shelters and rescues. Over time, the cat colony dwindled to just three, one of whom now lives in Bays’ house. “You can actually see it work on your own micro-level,” she says.

When individuals and animal welfare organizations work together, the results are even better. In recent years, many municipalities have adopted TNR as their official approach to managing outdoor cat populations, reducing complaints and threats to wildlife, and halting the flow of cats and kittens into shelters.

The number of nonprofits that facilitate TNR has likewise skyrocketed. Today, workshops and webinars teach laypeople the basics, while websites, social media groups and listservs provide advice on everything from advanced trapping techniques to colony care. In other words, it’s never been easier to help your community’s cats.

“Just do it,” Bays advises people who contact her for TNR advice. “It’s not as scary as it seems.”

Multiplying the power of one

If you’re seeing free-roaming cats in your neighborhood, grab your detective hat and possibly your binoculars, says Bays. Check to see if the cats have ear-tips, where the top of one ear (typically the left) is clipped so it’s flat instead of pointed. That’s the sign of a community cat who has been through a TNR program.

If the cats don’t have ear-tips, you need to learn more about them. Talk to your neighbors the old-fashioned way—knock on doors, post flyers. Or the new-fashioned way—send them a text or post your flyer on social media. If you see a spot where cats are being fed, leave a note with your contact information, making it clear that you want to help the kitties.

Why can’t you just trap the cats and skip the community outreach? Well, for starters, you need to know when and where the cats eat to maximize your chances of trapping success, you need their human feeders to withhold food on the days you plan to trap, and you want to avoid trapping a sterilized pet accidentally.

You also need an accurate headcount. The cats you’re seeing in your backyard could be the harbingers of a larger colony nearby. TNR will certainly improve their lives, but if there are other unsterilized community cats nearby, you won’t have a long-term impact on their numbers.

Vanessa Smetkowski, author of the Cats In My Yard blog, learned that lesson not long after she started trapping cats in northwest Chicago in 2004.

In the beginning, her goal was to trap one cat: an injured feral who had started hanging out in her yard. But in the weeks it took to catch the brown-and-white tabby, Smetkowski trapped a dozen other community cats.

“It was like a lightbulb went on,” she says. “I realized, ‘Oh, there’s a problem here. What are all these cats doing here?’ ”

Learn where the cats eat to maximize your chances of trapping success.

Have human feeders withhold food on the days you plan to trap.

Get an accurate headcount.

To answer that question, she started knocking on doors and talking with neighbors. Within a few years, she was trapping in a roughly 1-square-kilometer region around her home, with help from neighbors who fed the cats. By 2016, with no new kittens being born, community cat numbers in her target area had decreased by 83%.

The door-to-door approach takes time, but it allows for personal conversations in which you explain how TNR will improve the cats’ health, lessen nuisance behaviors like spraying and yowling, and help protect wildlife by stopping more outdoor cats from being born, she says. “Once you start doing it, people are pretty receptive and friendly. I’m amazed at how quickly they invite you inside.”

You can also enlist other animal lovers to help with trapping, colony caretaking or covering veterinary expenses. Just because you’re spearheading the effort doesn’t mean you have to do it alone. In fact, many TNR advocates cite the lifetime friendships they’ve formed as one of the rewards of their work.

Smetkowski became such a trusted fixture in her community that families would insist she eat dinner with them while she monitored the traps in their yards. When she moved from Chicago to Cape Cod, Massachusetts, earlier this year, she left behind a network of seasoned caretakers, who continue to send her photos and updates on the cats.

TNR “made me more attuned with my community,” she says, and gave her a sense of accomplishment. “In a world full of problems, it was like my contribution—the one thing I can do something about.”

Floyd and his colonymates enjoy meals at the feeding station that Jim O’Hagan built for them.
Loree O’Hagan

While you’re learning more about the cat situation in your neighborhood, investigate the TNR resources in your area. Reach out to local shelters, rescue groups and spay/neuter clinics to learn about trap loan and sterilization programs for community cats and, if money is an issue, whether they can cover part or all of the veterinary costs.

These connections will pay off if you encounter unexpected scenarios, says Smetkowski, who recalls the time she trapped a cat who turned out to be declawed. Unwilling to release a cat who lacked a key natural defense, she turned to her contacts within local feline rescue groups, who were able to find the cat a foster home.

While TNR videos and online guides can teach you plenty, it helps to find a mentor, whether it’s someone who can accompany you on your first trapping or a seasoned advocate you can call for advice. 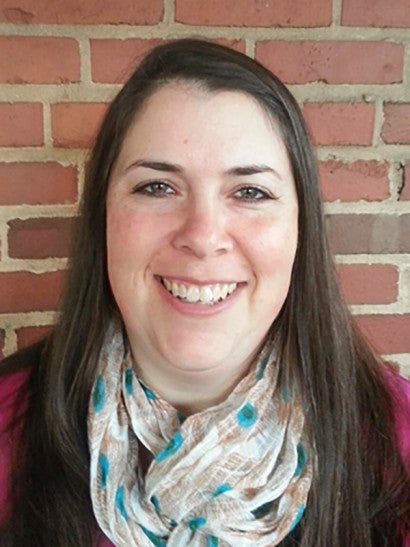 O’Hagan admits that when she first spoke to her neighbors about TNR, she acted more confident than she was. “I felt a lot of trepidation and anxiety at putting the puzzle pieces together,” she says.

The animal shelter in her new community didn’t have a TNR program. Since O’Hagan was still driving to Maryland frequently to prepare her old house for sale, she contacted an animal welfare group in that area and arranged to borrow traps and schedule appointments at a low-cost spay/neuter clinic. Just as important, she says, was having the moral support of the group’s longtime TNR volunteers as trapping day drew near.

“My biggest fear was that I’d never be able to catch them. Or catch the females before they got pregnant,” she says. “Just knowing someone was available with an answer to a question kept me relatively calm.”

Her TNR contacts also kept her motivated after a trap malfunctioned during her first trapping attempt. It took two tries, but when O’Hagan caught the last cat, euphoria set in.

“It was a great, great feeling,” she remembers. “I was jumping up and down and calling my neighbor.”

Months after their surgeries, Floyd, the mom cat O’Hagan named Missy and teenagers Bridget and Marco are thriving. Floyd has become more trusting of humans, and O’Hagan recently took him to the vet for dental work, with her closest neighbor sharing the cost.

Knowing that the cats are vaccinated and won’t be producing more kittens gives O’Hagan “a feeling of safety for them”—and she plans to use her new knowledge to spread that feeling among other cat caretakers in her community.

When her local shelter announced that it received a grant to launch a TNR program, O’Hagan quickly signed up as a volunteer.

“I feel much more prepared when I do this again.”

You don’t have to wait for community cats to show up in your backyard to start helping them. Many hands make this lifesaving work lighter—here’s how to contribute.