Sharing the work of caring

Join the network of volunteers who rehabilitate wildlife
BY Bethany W. Adams
Share

Licensed bat rehabilitator Kim O’Keefe feeds a sick bat. Volunteer rehabilitators—even those who specialize in just one species—ease the burden on wildlife centers.
Photo by Meredith Lee
/
The HSUS

The jogger crossed Francis Scott Key Bridge every day—and every day, she saw the goose underneath it. Worried the bird was stuck, she called the Humane Rescue Alliance in Washington, D.C. The lower bridge was only accessible by boat, but thanks to HRA’s relationship with a local fire department, staffers and firefighters set out on the Potomac River together. 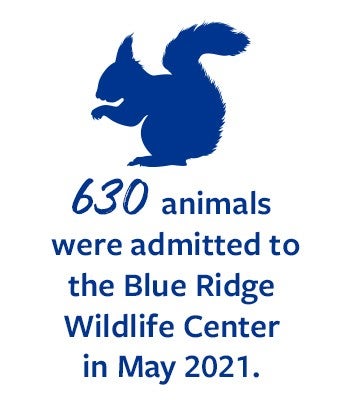 “That’s the first time I got to ride on a high-powered speed boat to go check on a goose,” says Lauren Crossed, HRA’s wildlife program manager. To the jogger’s relief, the goose was simply a mom who’d found a good nesting spot. But in a society that often rejects the presence of wild animals, the entire event was remarkable, from the jogger’s concern to the firefighters’ willingness to help.

Yet even when there’s a desire to protect wild animals, many communities don’t have the infrastructure to back it up. Large shelters like HRA might have staff who focus on wildlife needs, but most don’t. Even fewer have certified wildlife rehabilitators—who care for sick, injured or orphaned animals before releasing them back to their natural habitats—or wildlife veterinarians and technicians on staff. 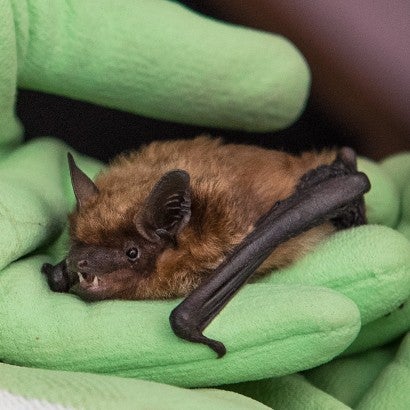 HRA partners with D.C.-based City Wildlife, which has a staff wildlife veterinarian, but such centers are rare: There are three wildlife rehabilitation clinics in Virginia, for example, but elsewhere, people drive up to 10 hours to get help for a wild animal.

“There’s really an endless supply of need,” says Jennifer Riley, director of veterinary services at the Blue Ridge Wildlife Center in Virginia. In the spring and summer, the clinic receives more than 150 calls a day requesting help.

When centers reach capacity, volunteer wildlife rehabilitators often step in. Depending on the state, they might work from home or at clinics. They sometimes need specialized education, permits and licenses, including an apprenticeship. That’s because laypeople shouldn’t attempt wildlife rehab, says Dave Pauli, HSUS wildlife protection program manager. In some cases, it’s illegal to do so.

The job can also be emotionally and financially draining, says Pauli, so it’s no wonder that states like Texas and Tennessee report having just 60 wildlife rehabilitators each, New Hampshire 25, and Oregon 18. But Crossed notes that many rehabilitators set boundaries on their time and energy by working with just one species, and even taking just a few animals a season can be “super helpful” to wildlife centers, says Riley.

Beyond helping animals, “... a lot of what we do is really giving the public an option of what they can do, helping them, taking care of a situation that was causing them stress or anxiety. It’s a good feeling to help people, too,” she says.

So how can you become one of these helpers, and what does it involve?

Riley suggests calling your nearest wildlife center and asking about training, regulations and more; most will be happy to help budding rehabilitators. Your state wildlife department is also a resource, notes Pauli, and organizations like the International Wildlife Rehabilitation Council offer in-person and online rehabilitation courses.

Orphaned animals—including fox kits—make up a huge portion of the patients at many wildlife centers.
Photo by Chelsea Jones
/
Animal Welfare League of Arlington

Be prepared to teach

Most animals brought to wildlife centers are infants, but many don’t belong there. That’s because the well-meaning public often kidnaps youngsters due to misconceptions about wild animals. (For example, rabbits, deer and foxes often leave babies unsupervised for several hours.) Riley says 90% of calls involve instructing people to leave babies where they are.

Crossed adds that many calls HRA receives are from people uncomfortable with normal behaviors, like groundhogs making holes or raccoons eating trash. She offers simple solutions to prevent callers from resorting to inhumane measures.

“The reality is we deal a lot more with people than we do with animals, and you do a big disservice to the animals if you’re not able to interact with people and explain things and advocate for the animals.”

Unlike companion animal care, “rehab’s goal is to get the wild animal back out there, not to simply save every animal,” explains Pauli. That means limiting the animal’s time in captivity and resisting the temptation to pet them. Sadly, it also means recognizing that humane euthanasia might be the kindest option, says Riley.

But you don’t have to cuddle up to an animal for them to capture your heart: Riley says vultures are her favorite.

“They have great personalities, and they’re so important ecologically.”