Fireworks: An explosion of fear for animals

Many people enjoy the booming sounds and flashing colors of fireworks, but they can be terrifying, overwhelming⁠ and hazardous for both wild and domestic animals.

On the Fourth of July, many animals become so frightened by the noise and commotion of fireworks that they run from otherwise familiar environments and people, and sadly become lost. They may also suffer devastating or even fatal health effects from the stress. The sudden bright flashes and sounds can cause wild animals to run into roadways, resulting in more car accidents than normal. Wildlife rehabilitation centers are often flooded with traumatized, injured and orphaned wild animals after the holiday.

Predatory birds, like bald eagles, see the harsh sounds and lights from fireworks as a threat, and may abandon their nests or habitats entirely. The explosions may cause other birds to take off en masse for prolonged periods of time and to use up vital energy reserves needed for survival. Fireworks have even frightened birds into flying so far out to sea that they did not have the energy to make the return flight. Wild birds frightened by the noise of fireworks will also fly higher and for longer, which exposes them to the harmful cocktail of ingredients in fireworks like ozone, sulfur dioxide and nitric oxide that have caused cardiovascular and respiratory damage, and even death, in humans. 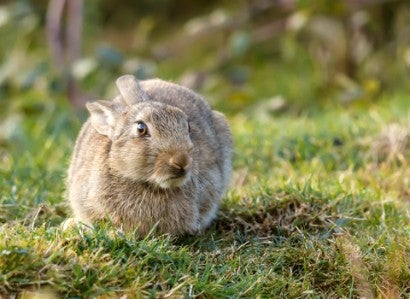 Casings and heavy metals that are littered by fireworks are often mistakenly consumed by wildlife or even fed to their young. Many of these materials are either indigestible and therefore choking hazards, or toxic to the animal, and pollutants from fireworks can be washed into waterways and contaminate drinking water for the animals that rely on it. And in regions of the country prone to wildfires, the slightest ember from a fireworks display can start a blaze that kills many wildlife species and destroys their habitats.

Here are a few simple ways to keep both pets and wildlife safe during festivities from the Fourth of July to New Year’s Eve and everything in between:

1. Keep your pet safely away from fireworks

Pets are more sensitive to loud noises, flashing lights and strong smells. On the Fourth of July, and other days people are likely to set off fireworks, it's best to leave your pets safely indoors, preferably with a radio or TV turned on to soften jarring noises. If you're unable to leave your pet unattended at home, keep them leashed and under your direct control at all times.

2. If your pet is scared by fireworks, ask a veterinarian for help

There are medications and techniques that might help alleviate your pet's fear and anxiety. You can also try our suggestions for helping your dog cope with loud noises. Keep your pets comfortable all year long by reading our holiday pet safety tips.

Sign up to receive our exclusive e-book full of important information about caring for your pet, including training techniques and answers to frequently asked questions.

3. Protect your pet from heat stroke during summer festivities

Another reason to keep your pets away from the often noisy celebrations of summer is heat. High temperatures put your pet at risk of heat stroke, which can become deadly very quickly. Keep an eye on your pets and act immediately if you see any signs of heatstroke.

NEVER leave your pet in a parked car, even if the day doesn’t seem that warm. The temperature outside may be a balmy 72 degrees, but the temperature inside a closed vehicle can rocket to a fatal 116 degrees in less than an hour.

Also remember that hot pavement can be dangerous to unprotected paws; if it’s too hot for you to hold your hand to the ground for five seconds, it's not safe for your dog to walk on.

4. Safeguard your pet with a collar and ID tag

All pets, even those kept indoors full-time, should always wear collars with ID tags. Indoor-only pets can become so frightened during fireworks displays that they may take desperate measures to escape the noise, including breaking through windows or door screens. You should also ensure that your pet is microchipped and that the chip is properly registered with your current contact information.

If your pet does become lost, contact your local animal control and surrounding shelters immediately and follow the rest of our advice for finding your pet. If you find a lost pet, either take them to the address on their tag or bring them to a local animal shelter so they can be reunited with their family.