With just a few habit (and habitat) shifts, you can make your yard a place of refuge for the much-maligned rabbit.
AHPhotoswpg
/
iStock.com

Somewhere between childhood and middle age, people’s natural affinity for wildlife often melts away, overtaken by exaggerated fears of marauding armies of deer, insects and raccoons intent on invading our gardens and homes.

Scorn for rabbits, the sensitive stars of many a bedtime story, is particularly ubiquitous. In New York, a friend recently relocated one for the crime of eating lettuce, likely condemning him to an early death. In South Dakota, a gardener assailed an animal services director for refusing to trap “vermin” rabbits in her backyard. In South Carolina, a plant nursery calls rabbits “some of the sneakiest and most destructive forces nature has in her arsenal.”

Why all the bunny hate? Beyond propaganda from pest control and landscaping industries, our view of these animals is more cavalier: We take them for granted, assuming rabbits will always breed like rabbits and remain immune to whatever harm we inflict.

But worldwide, many rabbit species, including at least a half dozen in the U.S., are victims of habitat loss, climate change and other human-caused threats. Even Eastern cottontails, our most common rabbits, have declined in parts of the Midwest and elsewhere; in Washington, D.C., they’re listed as a species of greatest conservation need.

Despite the losses, scientists don’t think the adaptable Eastern cottontails are in imminent jeopardy. But the story of their northern cousins reminds us that common animals don’t always remain so: Once abundant, only a few thousand New England cottontails likely remain. With smaller eyes than Eastern cottontails, they are less adept at spotting predators and need more of the brushy habitat that’s now been replaced by agricultural monocultures and mature forest canopy. 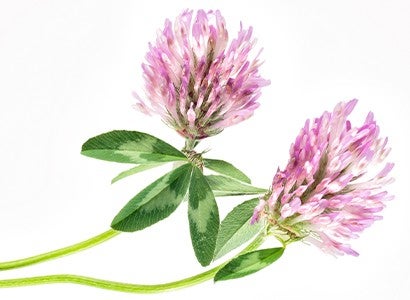 It’s not easy to galvanize concern for their plight, however, because their habitat doesn’t inspire the same reverence as mature woodlands. “You can take someone into a forest and talk about old growth and spotted owls, and you’ll have them praying in no time,” says University of New Hampshire professor emeritus John Litvaitis. “But take someone out and show them what a rabbit requires—they’re going to say, ‘I don’t really like a lot of that in my back forty because it’s hard to walk through.’ ”

Rabbits aren’t just important prey for other species; they also provide natural fertilizer and can even be seed dispersers of rare plants, notes Deborah Robbins Millman, director of outreach for the HSUS-affiliated South Florida Wildlife Center. But Millman also appreciates rabbits simply for being rabbits. She speaks of fragile babies who “spring straight up like popcorn” when frightened, and she admires rabbits’ tranquility and talents: “They are equipped to defend themselves. They can run really fast, they can hear really well, they can see almost at a 360-degree angle.”

Unfortunately, those natural defenses don’t ward off unnatural threats such as lawnmowers and dogs. While mitigating backyard hazards may not save rabbit species on the brink, these tips can reduce suffering and create havens for all wildlife.

Cottontail breeding season starts in January in Alabama and March in Wisconsin. Walk your property regularly, advises Cynthia Rohkamm, a volunteer licensed rehabilitator for the South Florida Wildlife Center. “Be aware of what could possibly be hiding in there. They don’t make an elaborate nest—it’s just a small depression.” Decorative fencing can mark locations while leaving space for mama rabbits to enter. Walk curious pooches on leashes until young families have left.

Many gardeners assume babies uncovered during spring cleanup are orphaned, even though mothers forage nearby. “People’s first impulse is to pick up a rabbit and bring it right to us, but they’re so much better off where they are,” says Millman. “You can just cover the nest back over.” To be sure Mom is still around, lay twine across the nest in a grid pattern; if she returns to nurse, it will be askew.

Rabbits don’t hibernate, eating buds, bark and twigs in winter. Allow saplings to sprout, and chances are rabbits will help you with your pruning. If you fence leafy greens in spring, nurture any rabbit delicacies sprouting at the perimeter, including grasses, goldenrods, clovers, dandelions and plantains.

Don’t relocate rabbits, a disorienting experience that makes them easy prey. Instead, try seeing the world from their perspective, perhaps rereading The Velveteen Rabbit and the Peter Rabbit books to recapture the empathy for these gentle creatures we all once possessed.

What to Do About Wild Rabbits