Moles, voles, shrews and other subterranean gardeners shape the land, create habitat and even regenerate forests.
Rachel Stern
/
The HSUS

While soaking her raised beds in preparation for tomato planting last summer, Gail Goldman was startled to see a tiny, waterlogged creature pop up out of the soil. Later another one briefly poked out his head. “Basically, I was watering shrews,” the Seattle gardener says of her foiled vegetable growing attempts. “No tomatoes involved. I felt terrible, honestly.”

Worried she had almost drowned her pointy-nosed friends, she called a nearby wildlife rehabilitation center. The shrews would likely be OK, a staffer said, but the one still above ground was vulnerable to predators. Goldman placed a large leaf over the stunned shrew, umbrella-style. “I just sat there and guarded the area, and then periodically peeked back in,” Goldman recalls. “Then she dried off and perked up, and kind of shimmied back in, bum first.”

The same animals maligned for eating and uprooting plants are also indispensable to plant reproduction and survival. 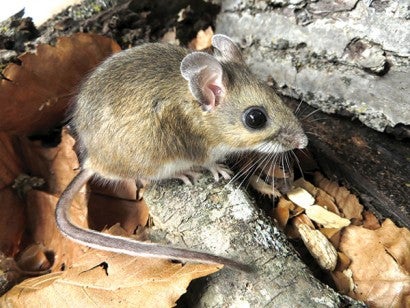 Shrews and other underground dwellers are always welcome in Goldman’s habitat, where she has found nests beneath decaying wood and weeds. “I leave them alone because I respect their life and I love having whoever wants to hang out here with me join me,” she says. But she recently had an epiphany: Voracious consumers of insects, earthworms, centipedes and millipedes, shrews are also on patrol for plant-eating mollusks. “I happen to love snails and slugs—I think they’re cool. But it dawned on me the reason I hardly have any is I have so many shrews taking care of that for me.”

Goldman’s appreciation for small tunneling mammals is a refreshing divergence from conventional command-and-control, reactionary forms of gardening. It’s also smart. Animals who live their lives below the surface are better tillers, seeders, weeders and insect predators than we humans will ever be. The activities of shrews, moles, voles, chipmunks and mice sculpt the land, create habitat for birds and butterflies, and help regenerate whole forests.

Small mammals even have a critical role in nurturing woodlands. By examining their scat, wildlife ecologist Ryan Stephens has discovered that different species of voles, mice and chipmunks are important dispersers of mycorrhizal fungi, which funnel water and nutrients to tree roots and other plants. These intricate relationships unfold even in my suburban yard, where last summer grape ferns—which are all but impossible to intentionally propagate—sprouted on our molehills. Their appearance is a mystery to me and to science; they can take years to develop and require certain mycorrhizal fungi to colonize their roots. But many wild neighbors likely played a part: Deer eat grape ferns and may have pooped out the spores. Moles probably covered those spores with soil, giving them needed darkness to germinate. And voles, who treat mole tunnels like highways, may have added the final ingredient in their scat: spores of the grape ferns’ mutualistic fungal partner. 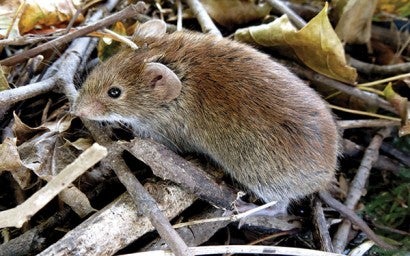 Southern red-backed voles play a crucial role in spreading fungi and their spores.
Ryan B. Stephens

Small mammals even play an indirect but significant role in pollination. Bumblebees nest in old burrows of voles, mice and other rodents. Last year, another kind of pollinator, cicada killer wasps, found the perfect spot to nest in the newly bared and loosened soil of a chipmunk burrow under our deck. In spite of their fearsome name, cicada killers are harmless to humans and doubly helpful to plants: In addition to transferring pollen among flowers, they collect twig- and tree-root-eating cicadas for their larvae to devour, providing natural insect control services.

Arguments for protecting small mammals usually highlight their role as prey for owls, foxes and other more celebrated animals. But the everyday activities of hidden creatures—whose faces we rarely see unless we disturb them—do more good than we’ll likely ever realize. The same animals maligned for eating and uprooting plants are also indispensable to plant reproduction and survival. Who wouldn’t want such quiet, hard-working assistants in the garden and what more could they do if we just let them?