What are wildlife killing contests?

While contests like dogfighting and cockfighting have been condemned in the U.S. as barbaric and cruel, wildlife killing contests still happen regularly in almost all of the 42 U.S. states they are legal in.

Killing contests are organized events in which participants compete for prizes — typically cash or hunting equipment — for killing the most and/or largest animals within a specified time period. Contests may also be judged by a system that allocates a number of points for each species, by gender, such as “largest male” or “smallest female” or by characteristics such as “biggest ears” or “mangiest mutt.”

The animals commonly targeted in these contests include bobcats, coyotes, foxes, prairie dogs, rabbits, raccoons, squirrels, woodchucks, and in some western states even mountain lions and wolves are put in the crosshairs.

Wildlife killing contests are unsporting events in which people attempt to kill the largest, the most or even the smallest animals for cash and prizes. Fight for a federal ban on this cruelty.

Send a Message
The HSUS

Deemed by some to be “pests,” many animals killed during wildlife killing contests are targeted because there are almost no laws protecting them. They often can be killed in unlimited numbers, all year long and by using almost any method. Participants often dump the bodies, having no need for them after the prizes are awarded.

Wildlife killing contests remove any notion of fair chase, the fundamental hunting ethic that dictates that the hunter should not gain an unfair advantage over the hunted. Participants often use high-tech equipment and may prepare for months. And while many contest organizers are careful to remind participants that they must abide by state hunting laws and regulations, the prospect of prize money and bragging rights creates a powerful incentive to ignore those restrictions.

One of the most chilling features of wildlife killing contests is the use of electronic calling devices to attract coyotes and foxes into rifle range with sounds that imitate the cry of their prey, a fellow coyote or fox or even their young in distress. These wild canids, like humans, feel a strong bond to other members of their species and when they hear this cry for help, they come to investigate. Manipulating the natural compassion of animals to lure them in for an easy kill is a reprehensible practice condemned by hunters and non-hunters alike. 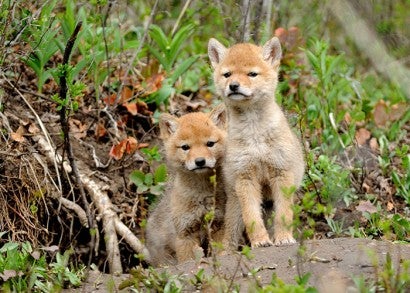 Dependent young may also be orphaned during wildlife killing contests, left to die from starvation, predation or exposure. Pregnant females are also killed; in a recent HSUS investigation of a killing contest in New York, a participant told our investigator, “She might be right full of babies too, you know?” and added that an obviously pregnant female coyote had been cut open at the event and “… the babies already had hair on them …”

Myths to justify the bloodshed

Wildlife killing contest participants exploit misunderstanding and fear surrounding species like coyotes and may claim that by killing them in contests, they are helping to protect livestock or increase numbers of game species like deer and turkeys. But such pronouncements are not borne out by scientific research, and are being debunked by a growing number of wildlife management agencies and professionals. Despite the excuses used to justify the killing, wildlife killing contests are simply a bloodbath for entertainment.

The indiscriminate killing of coyotes may reduce their populations temporarily, but the best available science demonstrates that they will respond with an increase in numbers. Killing contests create instability and chaos in coyote family structure, which allows more coyotes to reproduce, encourages the immigration of outside coyotes seeking the space and resources and can increase conflicts with livestock.

Damaging to the reputation of ethical hunters

An increasing number of state wildlife management agencies and commissions are acknowledging that these contests have the potential to inflict grave damage on the reputation of sportsmen and sportswomen.

The Vermont Fish & Wildlife Department has said, “Coyote hunting contests are not only ineffective at controlling coyote populations, but these kinds of competitive coyote hunts are raising concerns on the part of the public and could possibly jeopardize the future of hunting and affect access to private lands for all hunters.”

The Arizona Game and Fish Commission has pointed out, “To the extent these contests reflect on the overall hunting community, public outrage with these events has the potential to threaten hunting as a legitimate wildlife management function.”

The Massachusetts Division of Fisheries & Wildlife (MassWildlife) stated that “… public controversy over this issue has the potential to threaten predator hunting and undermine public support for hunting in general.”

Dan Gibbs, hunter and executive director of Colorado Department of Natural Resources, said, "For me, hunting contests don't sit well. As a sportsman, I'd never participate in one, personally. Hunting is an important, reverent tradition in Colorado and powerful management tool, but I also think wildlife killing contests give sportsmen and sportswomen a bad name and damage our reputation.”

Arizona, California, Colorado, Maryland, Massachusetts, New Mexico, Vermont and Washington have now outlawed killing contests for coyotes, foxes, bobcats and other species, and several other states are considering similar action. There is simply no place for wildlife killing contests in modern society.

Protect Alaska’s wildlife from the cruelest methods of hunting 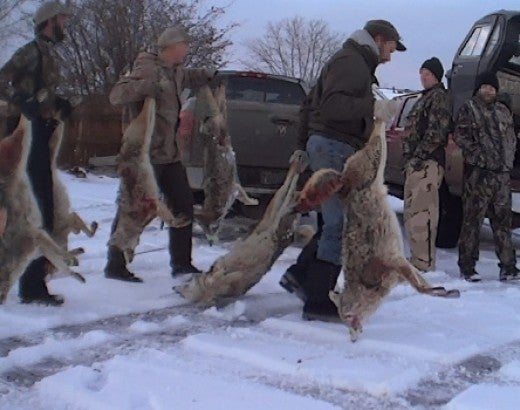 The HSUS
More than 1,000 coyotes have been slaughtered in Oregon’s ‘killing contests’ over the past 4 years
"A Humane World" blog 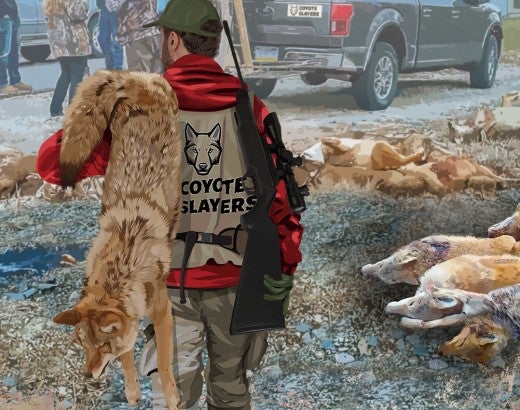 Rachel Stern
/
The HSUS
Changing the game: States, local advocates join the HSUS in the battle against wildlife killing contests
All Animals magazine 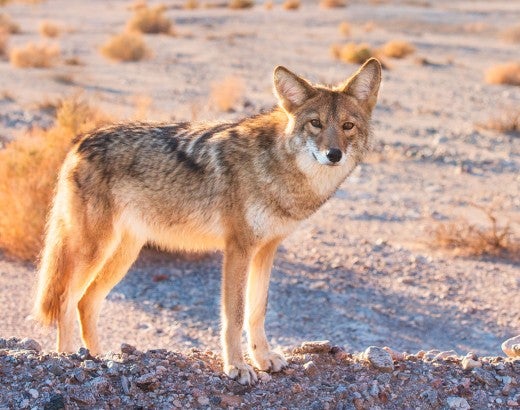 oogich
/
iStock.com
Online wildlife killing contests: cruel events in which people shoot animals for fun and money
All Animals magazine
Your gift can do so much for animals in need.